Wearing of the Green Day March 2017

Louise is Chair of the Greens set-up.Many of the ladies wore red to celebrate Valentines’ Day. 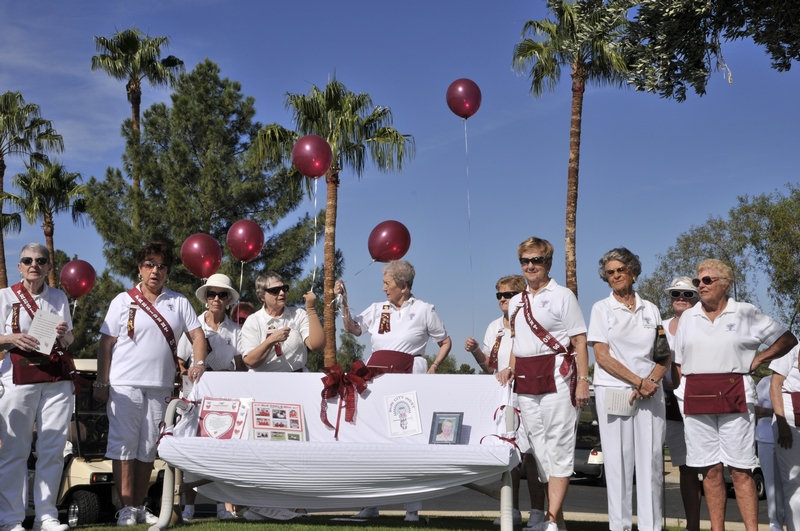 The club held its 10th Anniversary Celebration with an observance at Grandview following putting on Wednesday, October 31, 2012, followed by a catered luncheon in the courtyard of the Kuentz Recreation Center.  Approximately 140 members and guests attended the luncheon.  At Grandview, Past Presidents Pat Sheehan, Jeanne Ricard, Myrna Thielmann, and President Barbara Martin unveiled a Memorial Bench dedicated to Leslie Knox, Past President and Founder, who passed away September 14, 2011.  Charter members of the club released ballons in the ceremony. 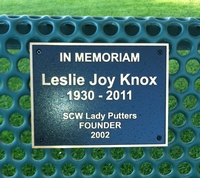 At Kuentz, after a short business meeting at which the 2013 officers were elected, members and guests enjoyed a luncheon catered by Texas Roadhouse. 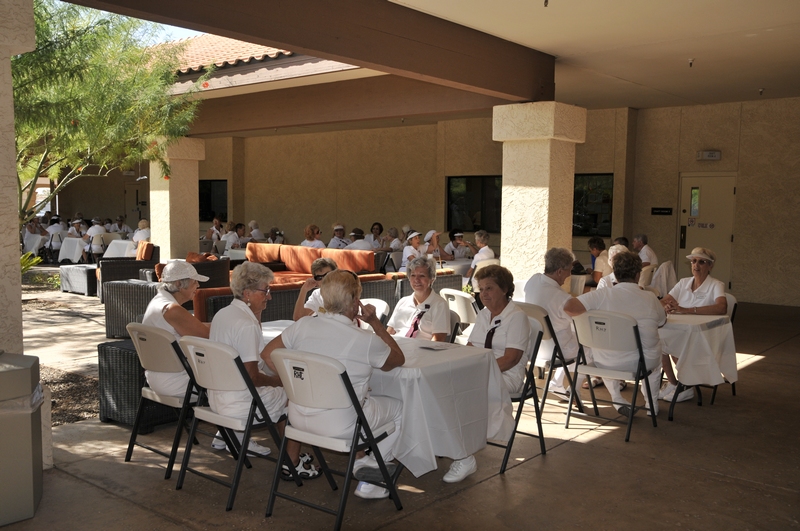 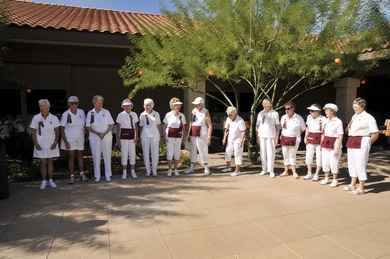 The Charter Members of the club were presented their 10-year pins and recognized with their names grouped around the Anniversary cake. 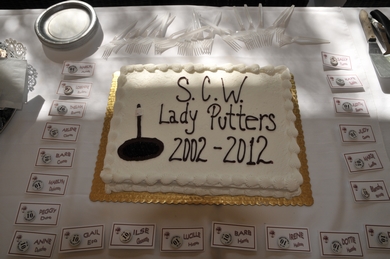